Not only the Copenhagen centre is the source of all kinds of entertainment and the place of interest for visitors. Also the surrounding areas offer a great range of sigths: for art lovers there is Louisiana art museum; those interested in royal places should visit Kronborg (Hamlets) Castle and Roskilde Cathedral, and those who wish to spend more time in the open air, there are parks like "the Deer Garden Hill"- Dyrehavsbakken. On the Øresund, there is an islet Hven; on the Swedish side of the sound - Malmö 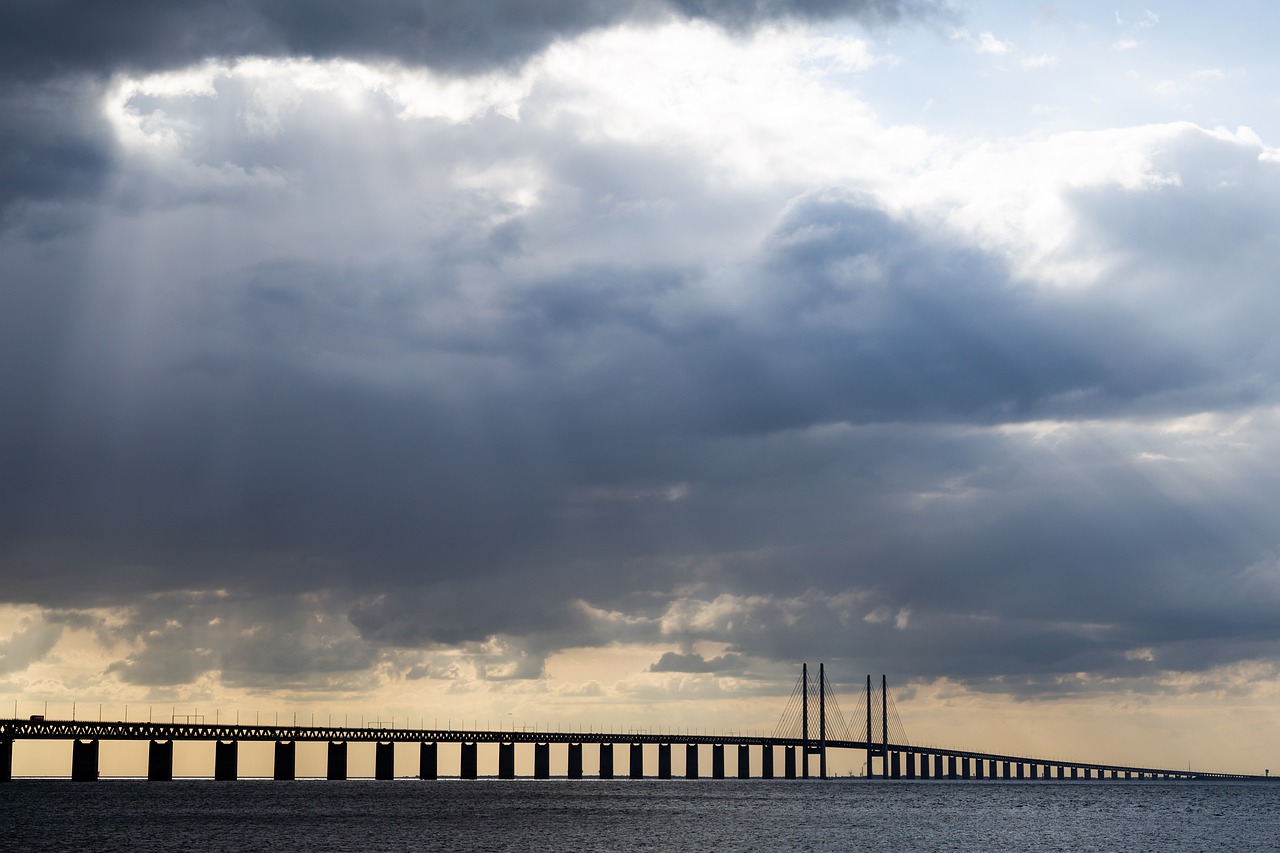 The Øresund Bridge (Øresundsbroen), which opened up for traffic in July 2000 is unique since it connects two countries,Denmark and Sweden.

For more than a houndred years the two countries planned a fixed link between Malmø and Copenhagen but one obstacle after another graveled the plans, until now. The bridge is a combined bridge and tunnel and one of the largest constructions in Europe with its 8 kilometre bridge, 4 kilometres artificially made island, called Pepparholmen, and a 4 kilometres long tunnel.

The Øresund Region is one of today's most important and dynamic areas in Europe in terms of growth and environment. There are roughly 3.5 million people living within a radius of about 100 km.

You can cross the bridge by car or take the Øresund-train to the former Danish town Malmø. You will be there in less than 20 minutes!

The new means of transport like Øresund Bridge and the city metro system has expanded the city area, so now Ørestad, the new planned city district, is becoming the centre of the whole Øresund Region.

Ørestad is a new conurbation, still growing a few kilometres south of the City borders, not far from the Copenhagen Airport.

The Ørestad planning consists of six different districts in a conurbation. A University Campus and the biggest mall in Denmark are already there. The Ørestad Down Town area is also designed - by one of the best: Daniel Libeskind.

A vital part of the Øresund Region

Ørestad gives Copenhagen the possibility to grow and develop, without jeopardising the integrity of the old city. This approx. 600 metres wide strip of land is already an attractive part of the city. With businesses, pleasure and leisure, smart housing and the university campus, Ørestad will in the years to come become the natural centre of the whole Øresund Region. When Ørestad is finished, it will give home to 20,000 people. 20,000 will study there, and 60,000 people will come to work in the area.

Copenhagen and surrounding areas has a fantastic variation of nature with sandy beaches, (total 8 km long), lovely beech forests, and cultivated land with immense fields in yellow, green and red colours, depending on what season you visit the area.

With public transportations you have no problems discovering and experiencing Copenhagen green areas, and the countryside with its lovely nature.

For those then who wish to spend some time close to the nature, a walk in the romantic 17th century Dyrehavsbakken (a royal deer park) just north of the city, will be a joy.

Ledreborg palace & park, and one of the mayor attractions in Denmark - Lejre Experimental Centre, which is an open-air theme park with reconstructed ancient living environment, are situated near Roskilde, 20-30 minutes travel from Copenhagen´s centrum. A ca 35 minutes long trip along the coast to Louisiana Modern Art museum will also give chance to relaxation, since the museum is situated in a beautiful old park.

Be creative and enjoy Copenhagen ad-lib!