Copenhagen has a long history well integrated with today's modern life. The city is a multicultural centre thanks to yesterday's and today's immigration. A fact that contributes to Copenhagen's international atmosphere. 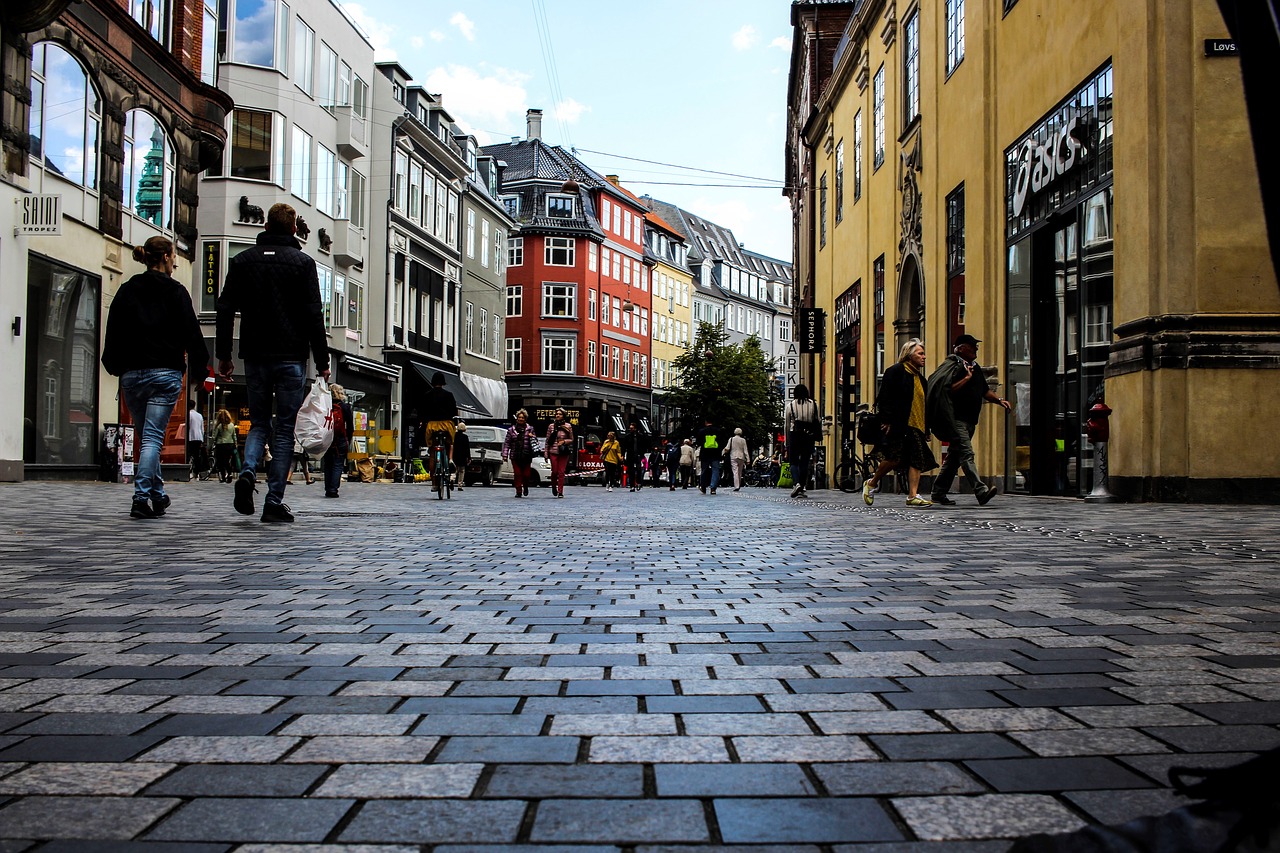 Copenhagen, one of the largest cities in northern Europe, is also one of Europe's busiest hubs. The city's location has throughout centuries in an almost natural way created commercial routes to far and near.

Today's Copenhagen is very easy to reach by air, sea or land. Copenhagen Airport, Kastrup, (airport code CPH) is a major Northern European air hub with direct flights to most larger European cities as well as transatlantic and other far away destinations.

Over the waters of the Sound The Øresund Bridge, connecting Copenhagen and Malmö in Sweden, has made it very easy to cross the sound by car or train which runs around the clock. Copenhagen also has daily trains to Stockholm, the capital of Sweden, and with Oslo, the capital of Norway, as well as to many other major cities in the rest of Europe.

The Port of Copenhagen includes Nordhaven, Frihaven, Langeline, Østhaven and the Prøvestenen's oil port. The harbour concentrates on conveyance of goods as well as passengers. When it comes to pure sightseeing, the Copenhagen port emerges as the brightest jewel and many international cruise lines visit Copenhagen.

With over 1.1 million inhabitants, the Greater Copenhagen area represents one-third of Denmark's entire population in an integrated labour market, the result of a well developed infrastructure.

Greater Copenhagen has had an industrial change from manufacturing activities to a mix of high-tech and knowledge intensive sectors as well as an increase in the service-sector. Some 80 percent of the working population is employed in the service sector. The remaining 18 percent is in manufacturing and around 2 percent in agriculture and fisheries. The Danish workforce is very well-educated.

Copenhagen is right on the coast of the Øresund, in the south-east of the country on the islands of Amager and Sjælland. Since way back people from all over the world have settled in Copenhagen and made it their hometown and this has contributed to the city's charming international characteristics.

Copenhagen City Council consists of 55 members elected for a period of four years. The council is the city's supreme political body.

Denmark has a single-chamber parliamentary system, supplemented with access to referendums. The Folketing (parliament) has 179 members, based in Copenhagen, including 2 elected from the Faroe Islands and 2 from Greenland. Denmark is a member of the European Union, NATO and the Nordic Council.

Copenhagen is a dynamic metropolis and the natural centre of the Øresund Region. With the Øresund Bridge, a fixed link between Sweden and Denmark, and the modern and continuously expanding subway (Copenhagen Metro), the capital can be easily reached.

Ørestad The new region is under development: Ørestad. It is an urban development area on the isle of Amager, a few kilometres from Copenhagen's City Hall. The Ørestad planning consists of six different districts in the conurbation. For now, the biggest shopping centre in Denmark - the Field´s - is already there, as well as the student residence Tietgenkollegiet and Ferring building.

The Ørestad plan was created on the basis of a prize-winning Finnish project in an international architectural design competition for the Ørestad development in 1994. The future Ørestad Down Town is designed by the world famous architect Daniel Libeskind.

Over 50% of all new construction work in Copenhagen take place here. Ørestad should be completed within 20 years. It is expected that 20,000 people will live there, 20,000 will study, and 60,000 people will come to work in the area.

Copenhagen offers excellent living standards based on a long range of weighted factors within education, health, economy, social conditions, culture, welfare, etc. According to international studies, Denmark has one of the highest living standards in the world.

There are a number of cultural events all year around. Several major investments have been made in cultural projects e.g the Museum of Modern Art, the Royal Library and the Royal Theatre.

Local authorities offer day-care service for children from the age of 6 months until pre-school or school. In Denmark, free and equal access to education is an overriding principle. All major activities within the Danish education system are financed through general taxes.

Health service is a public responsibility in Denmark.

All kinds of religions are represented in Copenhagen and you will find churches, synagogues and mosques situated close to each other.